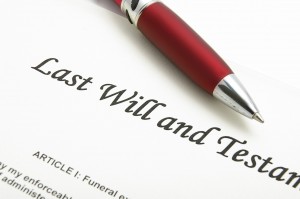 Surprise! You Can’t Easily Disinherit Your Spouse in the U.S.

Believe it or not, in the U.S. it isn’t easy to disinherit your spouse. But the same is not true for other family members – generally, you can use your estate plan to disinherit your brothers and sisters, your nieces and nephews, or even your very own children and grandchildren.

However, in the majority of states including New York, you can’t intentionally disinherit your spouse unless your spouse actually agrees to receive nothing from your estate in a Prenuptial or Postnuptial Agreement.

Unfortunately there isn’t one set of rules that govern what a surviving spouse is entitled to inherit. Instead, the laws governing spousal inheritance rights, referred to as “community property laws” or “elective share laws” depending on the state where you live or own property. These laws vary widely:

Aside from this, state laws also vary widely regarding the time limit a surviving spouse has to seek their inheritance rights, which can range anywhere from a few months to a few years. In New York, The right of election must be asserted by the surviving spouse within six months from the date a will is probated or if there is no will, when an administrator is appointed. In addition, the right of election cannot be asserted more than two years after the date of death.

If your spouse has attempted to disinherit you, you must seek legal advice as soon as possible before state law bars you from enforcing your rights. Only an experienced estate planning attorney can help you weigh all of your options and protect your interests as a surviving spouse