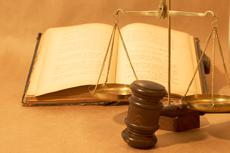 It is not uncommon for individuals or businesses to find themselves involved in a legal dispute with another party. Disputes of this nature, such as a breach of contract, typically fall under what is known as civil litigation, which entails the use of courts or arbitrators for adjudication.

For additional information regarding our litigation services please visit:

The following are some examples of recoveries obtained for our clients:

Past results do not guarantee future performance.

How much is My Case Worth?

Determining the value of a client’s case is at the heart of what we do.  There are many factors that go into the equation such as the nature of the wrongdoer’s fault, and the significance of the injuries sustained by our client.  We take the time necessary to fully investigate and develop the facts of the incident to get a clear indication as to the liability of the wrongdoer.  We work closely with our client to fully understand how the injuries have affected ones quality of life including lost earning capacity and future medical costs. Once we have a clear picture of the liability and nature of the injuries, we analyze prior similar reported cases including past jury verdicts to get a consistent range of the values we expect to be a sustainable verdict or settlement.  We always present all settlement offers to our clients and counsel them on the appropriate course of action.

What if I am Partially at Fault?

New York is a Comparative Fault jurisdiction.  When 2 or more persons may be at fault for the happening of an incident, the law apportions fault between them and permits the injured party to recover their damages less their percentage of fault. For example, if the plaintiff was 25% at fault and the other party was 75% at fault, and the jury awarded $100,000 the plaintiff  would be entitled to recover 75% or $75,000 of the full amount of damages awarded. Thus if you think that you may be partially at fault for an incident, we encourage you to contact us regardless, as you may still be entitled to significant compensation.

What Should I do if I was in a Car Accident?

Being involved in a car accident turns into a daunting task dealing with all sorts of insurance forms and reports.  If you were involved in a car accident, it is extremely important to contact a lawyer trained in handling these cases.  We have handled an extensive number of these cases over the past 25 years.  It is extremely important to obtain prompt medical treatment if you have been injured.  Also, under NY law, a No-Fault application needs to be filed within 30 days after the accident to preserve your medical and loss wage benefits.  Keep in mind that working with an experienced attorney, such as Adam Demetri at our firm will even the playing field between you and the insurance carrier representing the motorist who caused your injuries.

Do I have a Case?

There are many factors that go into determining whether a person who has been injured has a viable case. There must be a liable party who acted negligently, ie, failed to act, as a reasonably prudent person would have under similar circumstances.  This is the issue of fault.  New York has a bifurcated trial system for most injury related cases where the issues of fault and damages are separated.  Only after liability or fault is determined to exist will a plaintiff be entitled to recover damages caused by the negligent party.  We take the time necessary to fully investigate the liability of the offending party and take necessary action to maximize the potential for recovering the damages our clients deserve.

What actually is Malpractice?

How long will it take to resolve my case?

There is no finite timeframe when a case will be concluded. The court system is often overworked and the wheels of justice can move slowly. We however will move your claim as quickly as reasonably possible keeping in mind that sometimes quick justice is no justice at all.  For instance, many times an insurance carrier may lowball an injured party early to get a quick, cheap settlement.  We believe that it is important to stand up to the insurance companies and reject such tactics by letting them know that we will fight for the compensation our clients deserve.  We will take the time necessary to fully evaluate how the injuries have affected your quality of life.  We will pursue all reasonable settlement discussions and keep you informed along the way.

How to Talk to Mom and Dad about Creating an Estate Plan
Posted: April 20, 2021
Read Blog Post >